Wallingford ‘Eleven Fifty Five’ is a charity organisation formed in 2008 in order to continue the work of the Round Table in and around the town.  Many of its members had previously belonged to the Round Table but sought  to develop a more inclusive group open to both men and women. Wallingford 1155 aim to plan, coordinate and support a number of established charity events in the town  but also to have great fun and make new friends in the process!

The organisation is most well known for organising Santa’s Sleigh and the Town Fireworks as well as providing support to the other major events that take place in and around Wallingford. All the while supporting our local charities and organisations by including them in  a multitude of ways.

Wallingford was granted Royal Charter in the year 1155 by the great King Henry II in return for the support given to him by the town during the recent civil war between his mother Empress Matilda and King Stephen. The 1155 charter signified giving something back to the townspeople much like our name represents ‘Giving Back’ to the local community today!

1. The aims and objectives of the 1155 Committee and Trustees (subsequently referred to as ‘the committee’) is to organise and manage annual charitable events in the Wallingford district to raise the maximum amount of money for the committee’s chosen charities or good causes.

2. The committee shall achieve these aims and objectives by utilising the skill and experience of the committee members and the wider community and by learning from previous events to maximise fund raising and to provide a continually improving experience for the event participants .

The committee shall be made up of four key members: Chair, Treasurer, Publicity Officer and Secretary. These positions shall be open for re-election on an annual basis and all committee members can nominate, second and vote for their preferred candidate. The charity will also have a body of Trustees who vote on all issues.

4. The committee and Trustee membership is open to anyone who would like to get involved with organising any fund raising event and is not restricted by gender, race or age.

5. The committee shall be run on a democratic basis with committee members being able to vote on issues of disagreement. All members have equal voting rights and where a vote is tied, the chair shall forfeit his/her vote.

7. To pay or apply income raised for such charitable purpose or purposes according to the laws of England and Wales in the United Kingdom and to or for the benefit of such one or more charitable bodies, trusts, associations, institutions  or organisations established for charitable purposes as aforesaid and in such shares and in such manner as the organisiation in ordinary meeting shall in its absolute discretion determine or select.

Volunteers needed to organise the Wallingford Fireworks and other superb events!

If you are free for a beer once a month and want to be involved in our local community, please contact markbrett@yahoo.com 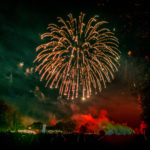 If you feel you would like to contribute, to ensure next year’s event can take place, please click on the link to make your donation.